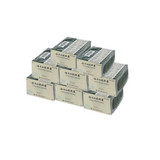 *Used in both human and animal (cat, dog, horse) applications - in both everyday accidents and emergencies.

Yunnan Baiyao Dosage for Dogs:
Yunnan Baiyao should be used only after consultation and in cooperation with your dog’s veterinarian.

MSRP:
$375.00
80 pack Yunnan Baiyao Capsule  Wholesale Price Ship From China Warehouse 15-30 Days Arrive What is Yunnan Baiyao:This is one of the most prized formulas in all of Chinese Medicine. It is so...
Add to Cart Quick view